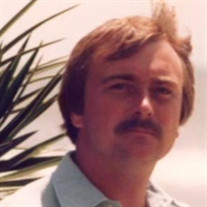 Randy, 70, of Ash, NC, died peacefully Thursday July 29, 2021. Born in Fort Wayne, IN, Mr. Dow was the son of the late Dr Benjamin and Marjorie Dow. A corporate healthcare attorney by trade, Randy spent much of his free time relentlessly pursuing his curious spirit and many side passions. At various stages in his life, Randy owned and operated an animal rescue farm; owned and operated a sports memorabilia store much to the delight of his children; owned an antique furniture store much to the dismay of his children; fully remodeled multiple houses by hand with only the occasional help of his loyal father, Papa; maintained a museum quality civil war artifact collection often on display at the Malcom Blue Farm and many more. Always a big kid at heart, he constantly strove to help capture the magic of childhood for his three kids. He would never allow his children to waste a single day of their childhood and zealously pushed them to pursue their loves and interests. Even today none of them are able to sit still, even for moment. A tireless advocate for the elderly and infirmed, Randy would often invite those in the community without any surviving family over to his house for holidays and other special occasions. Always one to burn the candle at both ends, Randy had no interest in slowing down and living out his golden years peacefully and without excitement. When it became clear that his illness would not allow him to live the life he was accustomed to, he was very much at peace with moving on and was excited about his next adventure. Randy is survived by his three children, Bonnie and her husband Steven Clements, of Holly Springs, NC; Dustin Dow, of Asheville, NC; and Christopher and his wife Carol Dow, of Lincolnton, NC; brother Duke Dow of Rolla, MO; and 6 grandchildren Riley, Savannah, Anna Caroline, Maxwell, Lena Kate, and Vivian Rose; niece Angela, of Indianapolis, IN, nephew Ben, of Cape Girardeau, MO; and countless other cousins and second cousins. The service will be held at Our Saviour Lutheran Church in Southern Pines, NC at 2:00PM on Saturday 8/14. In lieu of flowers, ignore your partner's objections and go out and adopt that third dog you never knew you needed.

The family of Randolph Cartwright Dow created this Life Tributes page to make it easy to share your memories.

Send flowers to the Dow family.