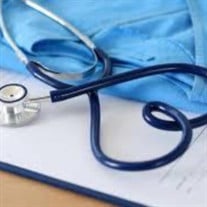 Charles Randall Nelms, Jr., M.D., F.A.C.S. was born September 14, 1939 in Kingsport, TN to C.R. and Jane Dickinson Nelms. He died peacefully June 13, 2021 in Pinehurst NC, just about two months shy of his 60th wedding anniversary (8/5/1961). He was preceded in death by his parents and his infant granddaughter Ashlyn Morgan McCabe. He is survived by his 4th grade sweetheart, (Kara) Gretchen (Goerdel) and children, Kara Elizabeth Ferril (Byron) of Amarillo, TX; Dr. Wendy Marion Nelms McCabe (Eric) of Lino Lakes, MN; and Dr. Jennifer Lynn Cutter of Cincinnati, OH. Surviving grandchildren are Kayla Elizabeth Lloyd (fiance, Mitchell Norman); Nicholas Randall Lloyd (Elizabeth); Cullen Austin, Devlin Alexander and Cashlin Abigail McCabe; brother, Frank Dickinson Nelms (Farris); nephews and nieces, Frank (Susan) Nelms; David (Leigh) Nelms; Preston (Ashley) Nelms; Beth (Jon) Pierce; John (Trey) Hill III (Ross Ann); Karl Hill; Kevin (Beata) Hill; Robert Hill; Kimberly (Michael) Neas; Kathie Cashion; and Hank (Susan) Dunning, as well as several great nieces and nephews. Dr. Nelms grew up in Kingsport, TN, later taking "Minnesota Hillbilly" as his CB handle for his many family road trips. He graduated from Dobyns-Bennett HS in '57 and Davidson College in 1961 where he was a member of Kappa Alpha fraternity.. He graduated from U.T. Medical School in Memphis in Dec. 1964; where he was elected to Alpha Omega Alpha, an Honor Medical Society. His internship and ENT residency were completed at the University of MN in 1970. He served two years in the Air Force as a Major at Offutt Air Force Base in Bellevue, NE. Upon completion of his military service, he returned to the Twin Cities to practice ENT and head and neck surgery for 27 years. He served as Ramsey County Medical Society President for two terms and President of the Minnesota Medical Association, also two terms. He held two patents relating to ENT, the Nelms Elevator and Earbear Otoscope. While in the Twin Cities he learned to downhill ski and enjoyed skiing with his family in CO, camping, canoeing and golfing. He attended all four golf majors as a spectator, a few more than once. Greg Norman nailed him in the thigh on hole #6 at Hazeltine National in the '90s. He was an accomplished athlete logging numerous marathons, triathlons, Birkebieners and one Ironman, finishing first in his age group. He went on to earn an MBA at the then College of St. Thomas in the early 90s and even took piano lessons for a few years. He retired to Pinehurst in 1999 and continued to play lots of golf. He was proud to have won Couples Club Championships at 3 different clubs (North Oaks Golf Club, Pinewild CC, and Pinehurst Super Senior division). He had 5 holes-in-one in his lifetime. He loved travelling and visited 6 continents. He also travelled to visit his daughters and the grandchildren to watch/support their numerous sports and endeavors We would like to thank the Comfort Keepers caregivers and those at Hospice House. Memorials may be made to Hospice House, 251A Campground Road, West End, NC 27376.

The family of Dr. Charles Randall Nelms Jr. created this Life Tributes page to make it easy to share your memories.

Send flowers to the Nelms family.