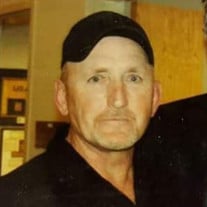 Lloyd was born in Hope Mills, North Carolina on August 12, 1949 to Mr. John David Gautier and Mrs. Myrtle Johnson Gautier. Lloyd graduated from Hope Mills High School in 1969. During his Middle and High school years, Lloyd became well known in the Hope Mills community as an elite athlete that excelled in multiple sports. During these years Lloyd built bonds with his teammates that has endured the test of time and many of these teammates continue to be his brothers today. After High School, Lloyd was drafted to the United States Army. After basic training in Fort Polk, LA he was sent to fight with his fellow soldiers in the Jungles of Vietnam. As he did with his teammates in high school, Lloyd built bonds with his brothers in arms that lasted throughout his days. Many of the brave men he fought alongside of he would never see again but they would stay in his heart and thoughts and prayers. During his time in Vietnam, Lloyd was wounded during battle and in turn was awarded with the Purple Heart. During the early 1980s, Lloyd and Family Traveled to the South West corner of the United States looking for a dryer climate. While living in the south west, Lloyd fell in love with the culture and Art of the area. It was during this time that Lloyd started his transition from athlete to an Artist. Lloyd would later develop his talents to a level that would allow him to be invited to many prestigious art shows including shows held by the Cowboy Artist Association. As the story goes, you may leave Hope Mills but you will most likely return, Well, Lloyd and Family moved back to Hope Mills. After returning, Lloyd re-connected with the athlete within him. Lloyd reached out to some former teammates and made contact with a baseball team located in Grays Creek and continued to play well into his forties, ending out his career staring in the NABA National Tournament while pitching a 15 inning, 2 hitter heart breaking loss for the right to play in the national championship. This reconnection to sports lead to coaching Hope Mills Youth in the Babe Ruth League, working with his son and nephews helping them gain recognition as athletes in multiple sports. And eventually becoming part of the high lights of the community working with Coach Bobby Poss, his staff and the South view family building up to the NC State 4A High School Football Championship. After the Friday night lights faded and Lloyds son and nephews had moved on to college, Lloyd focused his ability’s on his professional career. During this phase of his life, Lloyd continued his reputation of going above and beyond the call of duty and built a reputation of competently managing high profile projects at Ft. Bragg and Military bases all over the country. The project that Lloyd held at the highest regard was his involvement into the design and construction of the Golden Knight Headquarters at Ft. Bragg, NC. It was during this project that Lloyd was made an honorary Golden Knight and had the privilege of spending time with our 41st President George HW Bush. Lloyd has lived his life to the fullest, anything he ever set his mind to he has excelled at. He has taught his children and anyone willing to learn compassion, fairness, loyalty, value of hard work and importance of family. Besides his Wife, Carolyn Jacobs Gautier: Lloyd is survived by his daughter, Michelle Renee Gautier and husband, Michael W. Smeilus; Son, Terry Lloyd Gautier and wife Jamie L Gautier, Grand Daughters, Hannah Marie Gautier and Hailey Michelle Gautier, Brothers, Leroy and Franklin Gautier, Sister, Patricia Gautier, 9 nephews and 10 Nieces. Lloyd is predeceased by his Mother: Myrtle Johnson Gautier, Father: John David Gautier, Brother: John David Gautier JR., Grandson: Tristan Michael Smeilus There will be a memorial service held for Lloyd Gautier on Saturday, June 1st, 2019 at 1:00 PM at the Moose Lodge located at 3740 Owen Drive, Fayetteville NC. His family is inviting all of his friends and family to join them in celebrating his life. The family is requesting for all to Please bring a covered dish. The colors of the décor will be consistent with honoring his purple heart. Any flower arrangements following this theme will be greatly appreciated.

The family of William Lloyd Gautier created this Life Tributes page to make it easy to share your memories.

Send flowers to the Gautier family.