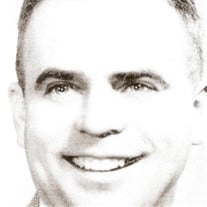 William "Bill" Stanton Chaney passed away at Rex Hospital in Raleigh after a brief illness. He was a resident at Morningside Assisted Living for several years. He was also an active member of the Unitarian/Universalist Fellowship of Raleigh and taught Sunday School there until age 89. Bill was born in Joliet, Illinois to Cassius Clay Chaney and Florence Louise Groves Chaney. He had a brother, Richard Chaney (wife Vivian Chaney and their four children) and a sister, Ruth Chaney Koenig ( deceased husband Warner Koenig and their son, Donald Koenig). Bill's father Cassius Clay was the superintendent of General Refractories Company in Joliet for many years and later moved his family to Philadelphia to take the position of Vice-President of the of the National General Refractories Company. Bill worked along side his dad for many years and then started his own firebrick and refractory's company named "Chaney Company" He ran this company for 66 years until his retirement at the age of 90. Bill met and married Ethel Scotland while he was living in Joliet. They had four children, Scott Clay Chaney (son, William G. Chaney) Karen Chaney Kauffman Fletcher (husband, Dr. Robert G. Fletcher, children Andrew Kauffman and Emma Davis), Norma Christine Chaney Shear (son Gerry Shear) and Ruth Chaney Walker ( daughter, Kim Burch Brown and son, Jeff Burch). Bill was also blessed with 6 grandchildren, William G. Chaney, Gerald Alan Shear, Emma Kauffman Davis, Andrew Scotland Kauffman, Kim Burch Brown and Jeff Burch. He was very proud of his great-grandchildren: Robert, Nathanael, Benjamin, John, Joseph, Madelyn, Molly. Abby, Isac, and Alex. Please remember Bill as person who loved and cared for other people.. He was always looking for ways to make life better for so many people that he met along the way during his long and productive life. At the end of his life, many people returned the favor by loving and keeping him while he struggled with dementia. Bill's family would like to thank Morningside Assisted Living for the wonderful care they gave him. Also Dr. Friedman who helped him so much. A big thanks goes out to all of the Drs. and nurses who helped make his life so much better as his health problems progressed. Thanks also to his friends at the Unitarian/Universalist Church for their help and support. A special thanks to his faithful visitors, especially Bob and Liz Dean, and Angie Rodinger. Bill will be greatly missed by all of us who knew and loved him. Please help honor his memory with a contribution to the Unitarian/Universalist Fellowship of Raleigh (UUFR) at 3313 Wade Avenue, Raleigh, NC 27607 c/o Rev. John Saxon. There will be a small family memorial service for Bill, and he will be interred next to his beloved wife, Ethel Scotland Chaney at Elmhurst Cemetery in Joliet. Condolences can be sent to the Chaney Family c/o Dr. and Mrs. Robert Fletcher, 6804 Perkins Drive, Raleigh, NC 27612 or www.capefearcrematory.com

William "Bill" Stanton Chaney passed away at Rex Hospital in Raleigh after a brief illness. He was a resident at Morningside Assisted Living for several years. He was also an active member of the Unitarian/Universalist Fellowship of Raleigh... View Obituary & Service Information

The family of William "Bill" Stanton Chaney created this Life Tributes page to make it easy to share your memories.

William &quot;Bill&quot; Stanton Chaney passed away at Rex Hospital in...

Send flowers to the Chaney family.