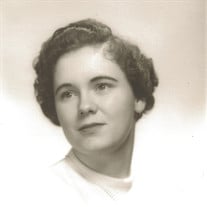 Shirley Myatt, 73, of Fayetteville – Because she knew Jesus Christ as her savior she went home to be with the Lord peacefully on Saturday, March 12, 2016 with her loving family by her side. Shirley Joyce Myatt was born July 24, 1942 to John and Gertrude Wentworth of Portland, Maine. She later lived with her sister, Beverly (Rex) Devine before marrying Coast Guardsman, Yeoman 2nd Class, Michael Myatt of Bettendorf, IA on September 5, 1964. Surviving are her husband; sister, Beverly (Rex) Devine of Des Moines, IA; 2 sons, John (Tina) of Peoria, IL and Fred (Sarah) Myatt of Durham, NC; 2 foster children, Young (Kim) Nguyen of Orlando, FL and Trang (Tyd) Rogers of Bozeman, Montana; 9 grandchildren, Toni (Efstratios Trilikis, Fiance), Erin, James, Tal, Hannah, Tayt, Josh, Trent, Lam and numerous nieces and nephews. She is preceded in death by her father, John Wentworth (1949), father-in-law, Fred Myatt (1975), mother, Gertrude (Van Wart) Wentworth (1989) and mother-in-law, Marcella (Tonn) Myatt (2000). Shirley was a member of Stedman Baptist Church where she was a leader of the Senior Citizens group, a member of the American Legion Auxiliary, a member of the Elks Lodge of Fayetteville NC, receiving the Elks Distinguished Citizenship Award in March 2011, and she also volunteered with Meals on Wheels. Shirley retired from Metamora Woodworking in Metamora IL in 1988. She was later employed by Harris Teeter in Fayetteville, NC as a Pastry Chef and was last employed at The Great Harvest Bread Company in Fayetteville, NC where she worked for her close friends Cyndi and Tim Murphy. Shirley loved being around her family, visiting best friends Diane and Mike Herring at their house on White Lake, and giving of herself to others. She will be cremated and later interned at the Rock Island Arsenal in Rock Island, IL. On March 13, 2016 a celebration of her life was held at the Stedman Baptist Church in Stedman, NC. The family has asked to have memorials made to the Stedman Baptist Church building fund – 7750 Clinton Rd, Stedman, NC 28391. Cape Fear Crematory, Inc.

Shirley Myatt, 73, of Fayetteville &#8211; Because she knew Jesus Christ as her savior she went home to be with the Lord peacefully on Saturday, March 12, 2016 with her loving family by her side. Shirley Joyce Myatt was born July 24, 1942 to... View Obituary & Service Information

The family of Shirley J. Myatt created this Life Tributes page to make it easy to share your memories.

Shirley Myatt, 73, of Fayetteville – Because she knew Jesus Christ...

Send flowers to the Myatt family.