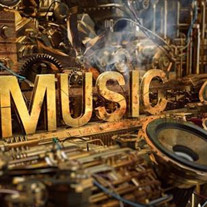 FAYETTEVILLE - Paul A. Reichle, Jr., 88, died peacefully surrounded by his family Saturday, May 6, 2017, at the North Carolina State Veteran’s Home in Fayetteville. Mr. Reichle was born on Jan. 12, 1929, in Fort Sill, Oklahoma and was the eldest of three sons. As an army brat he attended kindergarten in Hawaii. He studied piano with Edith Hall in Fayetteville, where at the age of twelve he had his own radio show. He graduated from Fayetteville High School (now Terry Sanford) in 1947. He graduated from the University of North Carolina at Chapel Hill with a Bachelor of Arts degree in American History. He was an active member of the fraternity Alpha Tau Omega (ATO). Interrupting his undergraduate studies Sonny (Mr. Reichle’s family nickname) enlisted in the United States Army and was stationed in Strobin, Germany. He played trumpet in the 83rd Regiment marching and concert bands and played piano in their award-winning big band. He returned to the United States after two years and completed his undergraduate degree. While at UNC Sonny led his own and played in many jazz groups. Later he began studying with Robin Gatwood at Lenoir-Rhyne College in Hickory, NC and learned to play all the band instruments. In 1956 he was hired by Davie County High School in Mocksville, NC, to found their high school band program. There he met his future wife, June Carol Greene, of Shelby, NC. During summers he traveled to Boone, NC to complete a Master of Arts degree in Music from Appalachian State University. In 1957 Mr. Reichle married June Carol at the home of her parents, Albert Walton and Corene Grigg Greene. They had two children, Carol and Paul. In 1966 Mr. Reichle accepted the band director’s teaching position at Terry Sanford High School in Fayetteville, NC. He worked there until his retirement in 1986. Subsequently he taught band at the Fayetteville Academy. While teaching at Terry Sanford he was Coordinator of the Fine Arts for Cumberland County, the musical director of “The Performance Group,” a unique musical dramatic troupe under the direction of Walter Williamson, and an active member of the Music Educator’s National Conference in North Carolina. He touched many lives with his talent and love of music, both in his teaching career and in his position of leading his own jazz combo at night and on week-ends around NC. He filled his household with music, on the radio, on tape, on CD’s, on vinyl albums, playing the piano, playing the trumpet, and playing many other instruments (in his role as a band director). He instilled the love of music in his wife, in his daughter, and in his son, who is a musician today. He is survived by his wife of 59 years, June G. Reichle, his son, Paul A. Reichle, III, his daughter, Carol R. Burkett and husband Edward M. Burkett, all of Fayetteville, NC, his grandchild, Edward M. Burkett, Jr. of Durham, NC, his brother, Dr. Peter C. Reichle and wife Mary S. Reichle of Blowing Rock, NC, and his deceased brother’s wife, Merle B. Reichle and her family. He is further survived by many other sisters-in law, brothers-in-law, and lots of nieces and nephews. In addition to his parents, Col. Paul A. Reichle and Cornelia Withington Reichle, he was preceded in death by one brother, Neal (Sprig) W. Reichle. The funeral service will be held at 2 p.m., on Saturday, May 20, 2017, at St. John’s Episcopal Church. The burial will be in the church garden, with military honors, immediately following the service. A reception will be held in the Kyle House. In lieu of flowers donations may be made to the St. John’s Episcopal Church choir, in which he sang for many years.

FAYETTEVILLE - Paul A. Reichle, Jr., 88, died peacefully surrounded by his family Saturday, May 6, 2017, at the North Carolina State Veteran&#8217;s Home in Fayetteville. Mr. Reichle was born on Jan. 12, 1929, in Fort Sill, Oklahoma and was... View Obituary & Service Information

The family of Paul A. Reichle Jr. created this Life Tributes page to make it easy to share your memories.

Send flowers to the Reichle family.