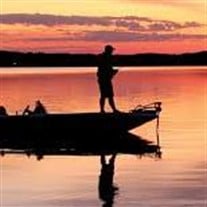 FAYETTEVILLE - Mr. Patrick E. Plummer, 67, passed away peacefully Tuesday, August 23, 2016 at Duke University Hospital. Patrick grew up in Fayetteville and graduated from Fayetteville High School. He was retired from CenturyLink where he worked for 43 years as a service technician. He also served 16 years with the North Carolina National Guard and Army Reserve. He was a loving husband, father, grandfather, and brother. He was known for his sense of humor and crazy antics. During his illness he continued to work on making others laugh. He is preceded in death by his parents, Lennox Eugene Plummer and Lacy Katherine Plummer of Fayetteville; his brother, Joseph Ted Plummer; and his sister, Ruby Celestine Hurley. He is survived by his wife of 45 years, Mickey Plummer; his daughters, Heather McLamb and husband Brent of Burke, VA; Stacey Morgan and husband John of Fayetteville; four grandchildren, Parker, Hannah, Maryn and Molly McLamb; and three brothers, his twin brother Michael Eugene Plummer and Ronald David Plummer of Fayetteville; and Donald Steven Plummer of Olathe, Kansas. Visitation with the family will be held from 1:00 to 3:00 on Friday, August 26, 2016 at Northwood Temple Church, 4250 Ramsey Street, Fayetteville. A memorial service will immediately follow the visitation. In lieu of flowers, memorials may be made to the Duke Medical Research Fund at dukeforward.dukemedicine.org. The family would like to express their appreciation for all of the support, love and prayers during Patrick's illness.

FAYETTEVILLE - Mr. Patrick E. Plummer, 67, passed away peacefully Tuesday, August 23, 2016 at Duke University Hospital. Patrick grew up in Fayetteville and graduated from Fayetteville High School. He was retired from CenturyLink where he... View Obituary & Service Information

The family of Patrick E. Plummer created this Life Tributes page to make it easy to share your memories.

Send flowers to the Plummer family.