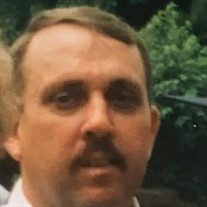 Kenneth Earl Eason, 66, of Fayetteville (formerly of Wade) passed away August 3, 2021. He was born February 16, 1955, and known as “Kenny” to all who knew him. Kenny is preceded in death by: father, James Roger Eason; mother, Irene Reaves Eason; brother, James Felton Eason; nephew, Terry Daniels; nephew, Glen Matthews; nephew, Richard Brent Eason; and nephew, Jeremy Lance Eason. Kenny is survived by: daughter, Amy Eason of Fayetteville; son, Ken Eason (Kenneth Jr.) of Stedman; granddaughter, Makenzie Eason of Beaver Dam; sister, Frances Norris (and husband, Roy) of Godwin; sister, Mary Ruth Cook of Colorado; sister, Alice McCorquodale of Fayetteville; sister, Rose Ligon of Dunn; sister, Judy Lewis of Wade; brother, Larry Eason (and wife, Patty) of Wade; sister, Dixie Daniels of Dunn; and numerous nieces and nephews. Kenny loved all of his family, and liked to laugh and help others. He was married to the mother of his children, Debbie Barefoot Eason, for 34 years before their divorce. He worked at Kelly-Springfield/Goodyear Tire & Rubber plant for over 25 years. Kenny was loved by many and will be missed by all. A graveside memorial will be held at McMillan Presbyterian Church Cemetery on Sunday, August 22, 2021, at 3:00pm for anyone to attend. His children will receive family & friends at the home of Vivian and Tommy Sessoms immediately following. Services entrusted to Cape Fear Crematory in Stedman. Online condolences may be expressed at www.capefearcrematory.com

The family of Kenneth Earl Eason created this Life Tributes page to make it easy to share your memories.

Send flowers to the Eason family.