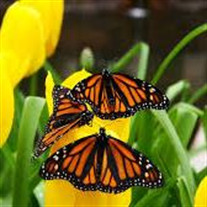 FAYETTEVILLE - Josephine Tilley Hasty, a beautiful Southern lady and staunch believer in family, friends and the right way of doing things, passed away peacefully on March 15, 2017. A celebration of her life - and there was so much to celebrate - will be held Saturday, March 18 at 11 a.m. at Haymount United Methodist Church at 1700 Fort Bragg Road. The family will receive friends in the Commons Room after the service. She was born in Durham, and was a graduate of Durham High School, where she was a member of the National Honor Society. She was an exemplary student at High Point College, where she earned dean's list recognition. She was a devoted supporter of Cape Fear Regional Theatre, the Fayetteville Symphony Orchestra, The Sewing Club and The Birthday Club. She was a member of Haymount United Methodist Church for more than 50 years, where she was also a member of Circle No. 4. She is survived by three fine sons of whom she was tremendously proud and whom she considered her greatest accomplishments: Dr. Michael Frederick Hasty of Virginia Beach, Virginia; the Hon. David Hampton Hasty of Fayetteville and Robert Grier Hasty, of Raleigh. She was also the most gracious of mothers-in-law to Michael's wife, Tasha; David's wife, Kim and Robbie's wife, Susan.She is survived by seven grandchildren, Courtney Hasty Holt, Caroline Hampton Hasty, David Adams Hasty, Charlotte Grace Hasty, Patrick Michael Hasty, Graham Hampton Hasty, and James Robert Hasty, as well as two grandchildren, Allison Chesley Holt and John Bartholomew Holt Jr. She is survived by devoted sisters Vivian Tilley Cox, Virginia Tilley Ono and Carolyn Tilley, as well as by nephew Tom Cox, and a host of dear and beloved friends. She was preceded in death by sister Charlotte Marie Tilley and by granddaughter ​Allison Kimberlee Hasty. The family wishes to express their appreciation to Home Instead Senior Care's sweet and compassionate caregivers Jewel Van Abel and Evelyn Evans. In lieu of flowers, contributions may be made in memory of Jo Hasty to Cape Fear Regional Theatre, Fayetteville Symphony Orchestra or Haymount United Methodist Church.

FAYETTEVILLE - Josephine Tilley Hasty, a beautiful Southern lady and staunch believer in family, friends and the right way of doing things, passed away peacefully on March 15, 2017. A celebration of her life - and there was so much to celebrate... View Obituary & Service Information

The family of Josephine Tiley Hasty created this Life Tributes page to make it easy to share your memories.

Send flowers to the Hasty family.