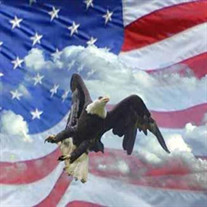 John Lee Creed, III, of Fayetteville, North Carolina, passed away on Saturday, September 5, 2020, after a rapid battle with a severe case of pneumonia. John III was born on June 25, 1944 in Fayetteville, North Carolina to John Lee Creed, Jr. and Elizabeth McFadyen Creed. He is a graduate of Fayetteville High School. After a career selling insurance with his father, John III spent his last few years investing in residential real estate. In addition to time spent on his career in sales, John III served his country in the US Navy during the Vietnam War. More recently, he found pleasure in taking photos, reading, cooking, and learning to quilt. He also enjoyed spending time with his Sunday school family at Northwood Temple. John III will be remembered as a man larger than life itself. He had a gregarious personality and a knack for sharing stories with his friends and family. Everyone who remembers John III is asked to celebrate his life in their own way. Instead of flowers, the family asks that you perform a random act of kindness for a stranger. John III is survived by his son Thomas Creed of Austin, Texas, his son’s wife, Esha Clearfield, and their two children, Zora and Iris; three sisters, Judith Creed of Denver, CO, Melinda Creed of Belview, WA, and Susan Strickland of Smithfield, NC; nephew Dean Nunnally; and nieces Elizabeth Kegg, Kathryn Atkins, and Samantha Creed. He was preceded in death by his parents, John and Elizabeth.

The family of John Lee Creed III created this Life Tributes page to make it easy to share your memories.

Send flowers to the Creed family.