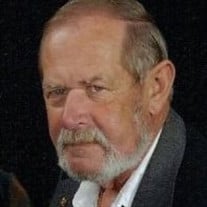 Eugene "Gene" C. Cook, 68, of Fayetteville formerly of Canton, Ohio, passed away in his residence Wednesday, June 11, 2014. He served in the U.S. Army for three years, Sgt. Gene obtained medals including: Vietnam Service Medal, Vietnam Campaign Medal, National Defense Service Medal and Sharp Shooter Badge. In 1969, Gene was employed by Illinois Central Gulf Railroad, Wall Lake and transferred to Council Bluffs as a yard foreman. He retired from Republic Storage Systems in Canton, after 30 years of service in 2005. He was a lifetime member of the VFW. Gene was commander of the Floyd Hughes Post No. 693 on Walnut Avenue for five years. Starting in 1978, Gene played the role of Santa Claus for many different youth groups and private parties. He did this every year until 2004. Gene always was willing to lend a helping hand for so many people, in any way he could. His electrical license came in good use almost weekly. He cooked many meals on Saturdays for the VFW patrons. After moving to Fayetteville, in 2007, Gene continued his giving by volunteering at St. Patrick's on the social committee. He also kept his days busy by mowing many neighborhood yards. His greatest joy was yard maintenance at Village Presbyterian Church, who greatly appreciated the time and energy he gave. Gene will be missed by many. He is survived by his wife of 45 years, Linda of Fayetteville; sons, David of Fayetteville, and Pete (Sharon) of Canton; stepson, Tom Turpin of Mansfield, Ohio; stepdaughter, Cindy Turpin of Canton; mother, Anita of Wall Lake, Iowa; brothers, Russell of Wall Lake, and Cletus (Jane) of Carroll, Iowa; sister, Donna Rae of Fayetteville; 18 grandchildren; and five great-grandchildren. There will be a memorial service at a later date. In lieu of flowers, please make donations to: Wounded Warrior Project, c/o Eugene (Gene) Cook's name, online or mail to: PO Box 758517, Topeka, KS 66675.

The family of Eugene "Gene" Clifford Cook created this Life Tributes page to make it easy to share your memories.

Send flowers to the Cook family.